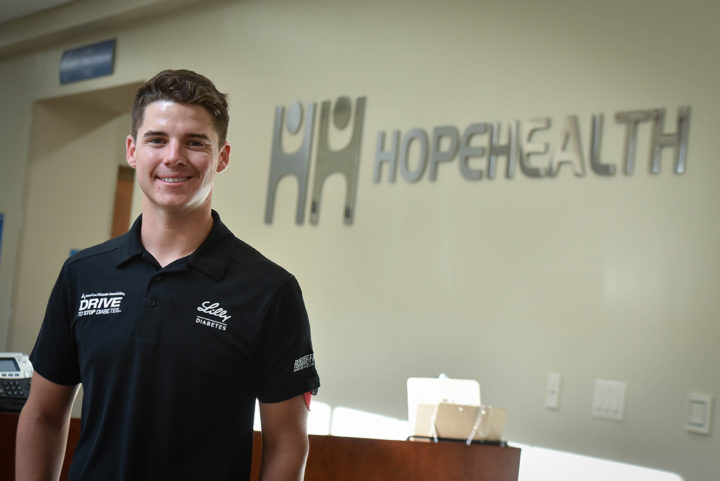 NASCAR XFINITY Driver Ryan Reed and special guest, NASCAR Artist Sam Bass, visit the HopeHealth Medical Plaza Thursday, Sep.1, 2016. Reed and Bass visited with the HopeHealth Diabetes & Nutrition Center staff and patients ahead of Saturday’s race at the Darlington Raceway to tell their story of living with diabetes. In October 2013, Ryan and Roush Fenway announced a collaboration between Lilly Diabetes and the American Diabetes Association Drive to Stop Diabetes. The initiative gives Ryan the opportunity to share his story with NASCAR fans and people with diabetes as he travels to compete in the NASCAR XFINITY Series.