Tobacco and the Movies 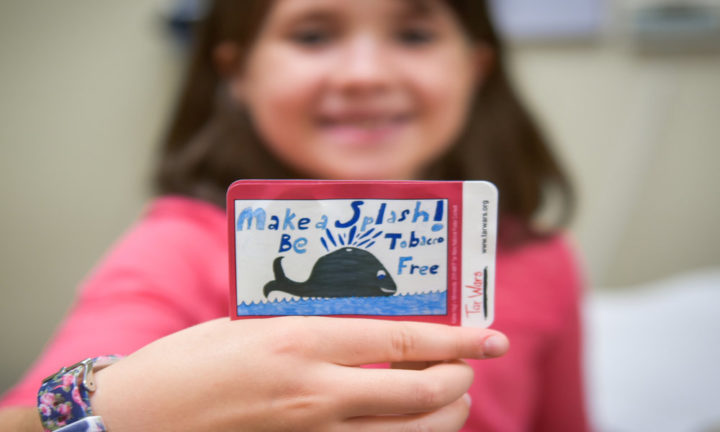 Do movies influence tobacco use in children and teens?

What do “Transformers Age of Extinction,” “X-men: Days of Future Past,” “Men in Black 3,” “Family Guy,” and “The Simpsons” all have in common? They all portray tobacco use to an audience that includes our children and teenagers.

According to a report released this summer by the Centers for Disease Control and Prevention, 82 percent of PG-13 rated movies contain tobacco use and 52 percent of underage smoking initiation can be attributed to smoking in the movies. The report proposed giving an R rating to movies with smoking and estimates this would reduce the number of teen smokers by 18 percent and prevent up to 1 million future deaths from smoking among children alive today.

Although this proposal may seem hypothetical, the American Medical Association, American College of Physicians, and the American Cancer Society have joined with several other public health groups to ask the movie industry to eliminate smoking instances in youth-rated movies (G, PG, PG-13) by June 1, 2018. Even if this does not happen, consider keeping your children from going to such movies. Alternatively, discuss the tobacco use in movies with your children because tobacco use should not be glamorized or normalized.

There are many opportunities to attend smoke-free movies; in fact, the percentage of youth-rated movies that were smoke-free increased from 35 percent to 74 percent over the past 15 years. However, in movies that show any smoking, the average number of “smoking incidents” in each movie has increased; in the four top movies rated PG or PG-13 showing during the week of Sept. 29, 2017, two included no smoking incidents, and two included 1-9 incidents. To find out the smoking instance rates in specific movies, visit smokefreemovies.ucsf.edu.

In South Carolina, 17.6 percent of high school students have used tobacco in the last 30 days even though smoking is the most common cause of preventable death in the United States and worldwide. Consider that nationwide more than three-quarters of public schools are within a 10-minute walk of at least one outlet selling tobacco. However, a parent’s example is powerful. Tips from the Academy of Family Physicians for parents to address tobacco usage with their children include:

Tobacco control is an unfinished business, and we need to keep close watch and hold organizations, even movie companies, accountable and make their decisions transparent. Community interventions, anti-smoking advertising, and tobacco sales taxes help deter new smokers and motivate current smokers to quit. Additional resources include Smokefree.gov and the national phone quitline 800-QUIT-NOW for those who currently smoke and want to quit. Quitting is hard, so let’s endorse efforts to keep our youth from ever starting.

Dr. Joseph Hoyle is a board-certified family physician at the HopeHealth Medical Plaza in Florence. Hoyle volunteers with Helping Florence Flourish and is a member of the South Carolina Medical Association, Academy of Family Physicians, and Christian Medical and Dental Association.

This article was first published in the Florence Morning News in the Health & Wellness Section on November 19, 2017 and on SCnow.com.