Did you know that HopeHealth has two pharmacy locations in Florence County? Click here to find out more.

What is a Community Health Center?

A community health center is a public or private non-profit health care organization that follows specific federal requirements in order to:

Why Choose a CHC as Your Medical Home?

One of the many benefits of CHCs is that they help save the American health care system $24 billion annually. Other benefits include:

As one of 23 Federally Qualified Health Centers in South Carolina and more than 1,400 nationwide, HopeHealth is able to offer reduced fees to the uninsured through a sliding fee scale. Our more than 75 physicians and nurse practitioners are located in 12 locations across three counties and provided care for 106,853 medical visits in 2014; almost one third of the 340,000-plus visits in 160 care sites state-wide.

Who Do Community Health Centers Impact?

Community Health Centers provide affordable, high quality health care services to individuals of all ages, regardless of their ability to pay. Approximately 1 in 15 people across the U.S. receive medical care from a community health center.

We’re a Proud Member of the Health Center Advocacy Network 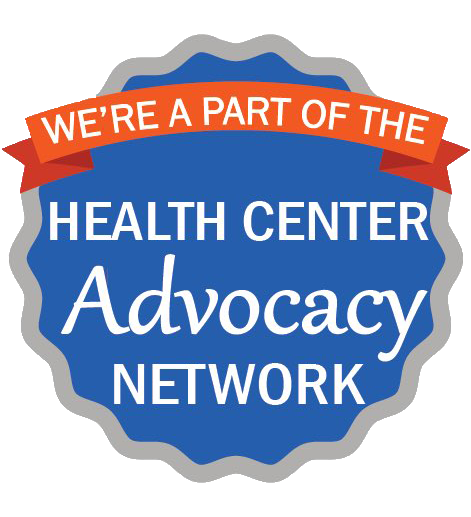 We're an Advocacy Center of Excellence!

Early in 2016, NACHC rolled out the Advocacy Center of Excellence program, which is an initiative created to build awareness and priority within the health centers for the importance of advocacy. The program is designed to have centers set and reach goals for advocacy among staff and board members, patients, elected officials, and community stakeholders.
In December 2016, HopeHealth became the first Advocacy Center of Excellence (ACE) in the State of South Carolina. In January 2017, became the ninth center in the nation to reach Silver-status recognition. In March 2018, HopeHealth became a Gold Level advocacy Center of Excellence. HopeHealth is the first center in South Carolina to earn Gold status and one of just 22 centers nationwide to earn the distinction.

We have many health centers for your convenience.

Serving over 50,000 patients per year, HopeHealth has many convenient locations located throughout Florence, Clarendon, Aiken, Orangeburg, and Williamsburg Counties.

Join in the community health center advocacy conversation online. Use the hashtag above to show your love for health centers all across the country.

Be the Voice for Your Community Health Center

For more than 50 years, community health centers have provided high-quality health care in communities across the country. With the support of grassroots advocates, these centers have reached beyond medicine to improve lives, enhance access, reduce health care costs and create a positive impact. Add your support to theirs and Be the Voice for your community health center. Take the pledge to become an advocate today!