Staying Sober Over the Holidays 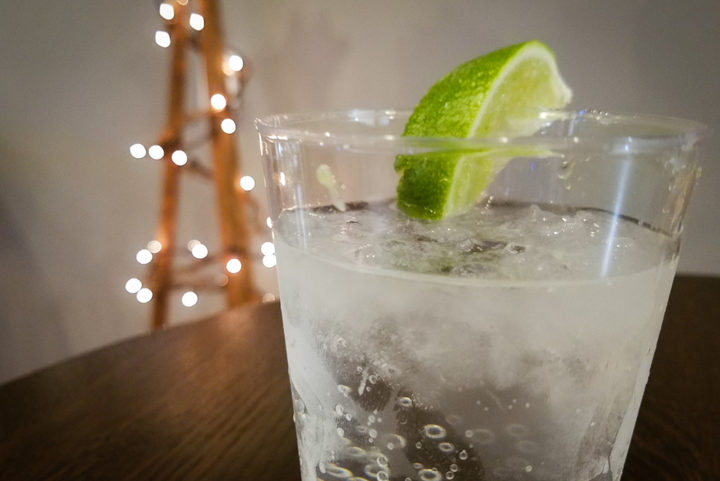 Tis the season! This is a season of joy for most but can be quite scary for someone trying to stay sober or limit his or her alcohol intake. Dr. Kevin McCauley, a leader in addiction research, states the three main things that can invoke relapse are brief exposure to the drug itself, exposure to drug cues, and stress. Kind of sounds like the holidays doesn’t it? Parties often serve alcohol, and there is the cue of walking up to the bar to order a drink. Not to mention the stress of buying gifts, seeing family, work deadlines, and New Year’s Eve parties.

What are some tips to stay sober or limit alcohol that I might not have heard before?

Drive yourself to the party early in order to park your car to avoid having your car blocked. Driving yourself avoids having to wait on someone else or having to ask the person to leave. By parking in a manner for clean getaway, you avoid having to return to the party to get people to move their cars, which can tempt you to simply stay later.

If you do not want people to ask why are you are not drinking alcohol, get a club soda with a lime and keep your glass filled at least 3/4s. A nearly-full glass deters others from asking if you need another drink and makes it easy to say, “I’m okay.” Keeping it 3/4s full simply requires you to stop by the bar when you are ready and should you be thirsty, get an additional glass of water.

Ask open-ended questions to the people at the party to possibly avoid drinking questions. If the conversation is flowing, rarely will one question why someone is not drinking.

Schedule to meet someone you respect or a person in recovery an hour or two after the party begins. This gives you a reason to leave and someone will be holding you accountable.

Careful with the sweets

Alcohol is fermented sugar and, if you are new to staying sober, eating more sweets than normal increases the likelihood of relapse. Plus, if you are trying to improve your diet, failing with a bunch of sweets and feeling bad for yourself can catapult your reasons to go ahead and take a drink.

Unless you are an unknown deity that can change a family member in a couple hours, it is best to simply accept the good and the bad of your family members. Use the same tips as above and practice acceptance from page 417 of Alcoholics Anonymous (Book), which reads, “Acceptance is the answer to ALL of my problems today. When I am disturbed, it is because I find some person, place, thing or situation- some fact of my life- unacceptable to me, and I can find no serenity until I accept that person, place, thing, or situation as being exactly the way it is supposed to be at this moment. Nothing, absolutely nothing, happens in God’s world by mistake. Until I could accept my alcoholism, I could not stay sober; unless I accept my life completely on life’s terms, I cannot be happy. I need to concentrate not so much on what needs to be changed in the world as on what needs to be changed in me and in my attitudes.”

It’s okay to help, but enabling often kills a person with a substance use disorder (SUD).

If you are affected by a person with SUD, realize the difference with “helping” and “enabling.” Helping is doing something for somebody who cannot do the tasks by themselves. Enabling is doing something for somebody who can do the task on their own. Treatment professionals often compare the act of enabling to a parent “loving them to death.” By enabling, often easier in the short run, the person with SUD is not nearly as likely to limit their use or stop altogether, often leading to death.

What is addiction, really? Is addiction really a disease?

Webster’s simple definition of disease is “a condition of the living animal or plant body or of one of its parts that impairs normal functioning and is typically manifested by distinguishing signs and symptoms.” The American Medical Association (AMA) defines a disease as the following: 1) an impairment of the normal functioning of some aspect of the body; 2) characteristic signs or symptoms; and 3) harm or morbidity.

When a person with substance use disorder (SUD) drinks or uses drugs, there is an impairment (1) chemical imbalance that is usually heightened and causes problems with normal functioning in the brain compared to people without SUD. The characteristic signs and symptoms (2) are using to the point of intoxication, using more than planned, constant need to avoid withdrawal symptoms. The harm and morbidity (3) are most often known and seen by the people the person with SUD knows before he or she realizes it.

What is a Biopsychosocial Disorder?

Biology – A definite genetic gene has not been found but if one were to replace genetic (like having blond hair) with likelihood, there is definite evidence showing biology plays a significant role. If a father with SUD has a son, this son is four times more likely to become a person with SUD. If either parent or grandparent has SUD, the likelihood of addiction is twice as likely for the offspring to have problems with drugs and/or alcohol. These numbers would actually be greater since a notable number of sons and daughters chose not to drink or use drugs because they often do not want to live like their parents with SUD. Studies show that when a son is not raised by the father with Alcohol Use Disorder (AUD) and in a home without alcohol, the son is still twice as likely to obtain SUD in his future showing biology plays a key role.

Psycho – is the psychological aspect, and “social” includes the environmental surroundings. People with a psychological disorder have a 20 to 50 percent chance of obtaining SUD.

Social – The environment plays another role and a reason someone can become a person with SUD. Studies show that when a child of non-alcoholic biological parents is raised in a home with parents with SUD he or she is more susceptible to addiction, but these statistics are not as high as the genetic factor. Poor, rich, educated, or uneducated, it does not matter with regards to the approximate 12 percent of the US population having an SUD. Actually, the Caucasian population has the highest rate of addiction in every type of substance from alcohol to opiates, to crack cocaine and more. Addiction simply does not discriminate.

Remember to be safe over the holidays if you have problems with addiction, close family members with addiction, or you are someone that reads every word in the paper. Give acceptance a try without judging others while living in the present and perhaps you’ll have a Happier Holiday.