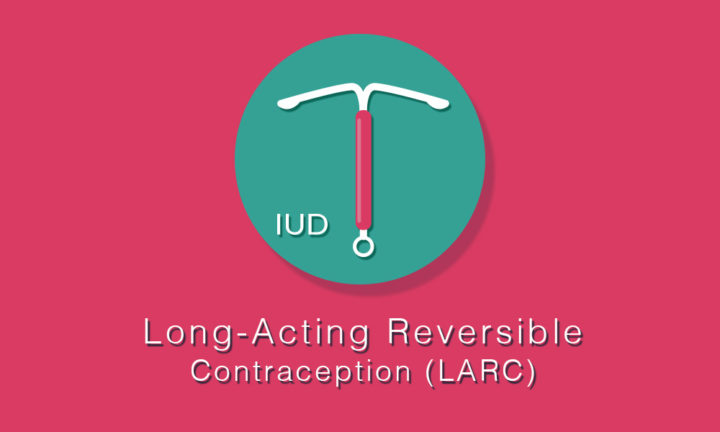 Preventing teen pregnancy is a health care issue that continuously plays a role in communities across the state.

Since 1991, South Carolina has seen a 60 percent decrease in the number of teen pregnancy rates. However, researchers have found that four out of 10 teenagers report participating in some form of sexual activity.

Further research revealed that only two out of 10 sexually active teens use some kind of contraception to prevent pregnancy.

Unlike the traditional birth control pill, condom, patch or shot, LARCs do not require a woman to remember to take medication to prevent pregnancy. LARCs have been found to be safe to use and cost effective. LARCs are also considered to be reversible, because a trained health care professional can remove the LARC device whenever the woman decides to pursue motherhood.

There are two kinds of LARCs.

One is the contraceptive implant commonly known as Nexplanon.

The second is an intrauterine device (IUD). Several brands of IUDs are available to women, including Skyla, Liletta, Mirena, Kyleena and ParaGuard.

The contraceptive implant is a small, flexible rod similar to the size of a matchstick. The implant is inserted just under the skin of the woman’s upper arm by a trained health care professional.

Over the course of three years, the contraceptive implant releases a hormone known as progestin, which helps prevent the release of an egg from the ovaries and thickens the lining of the cervix. As a result, sperm is unable to fertilize the woman’s egg and prevents pregnancy.

The IUD is a small plastic or copper device that a trained health care professional inserts into a woman’s uterus. The IUD can last from three to 10 years depending on the type of device the patient and her health care provider choose. Once inserted, plastic IUDs release progestin. Copper devices contain no hormones. Like the contraceptive implant, both the progestin IUD and the copper IUD help prevent the release of an egg from the ovaries and thicken the lining of the cervix preventing pregnancy.

LARCs have been found to be highly effective in reducing the incidence of unintended pregnancy. When used correctly, only one out of 100 women will become pregnant after the insertion of a LARC. These statistics are comparable to male or female sterilization surgical procedures such as a vasectomy or tubal ligation.

The upfront cost of a LARC device can be concerning for patients. However, most insurance companies cover most or all of the expenses associated with the insertion of a LARC device. Health care organizations also have access to purchasing IUDs in bulk. As a result, the discount is then passed on to the patient and increases access of the device to future patients.

Both the implant and the IUD containing progestin also have the potential to cause acne or mood changes. On the other hand, the copper-containing IUD, which does not contain hormones, can cause periods to become heavier and increase the pain associated with menstrual cramps.

Dominique Speaks is a family nurse practitioner at HopeHealth Medical Plaza in Florence. She focuses on women’s health and is actively involved with Advocate4Teens, a volunteer organization promoting teen health.

This article can also be found on The Morning News.