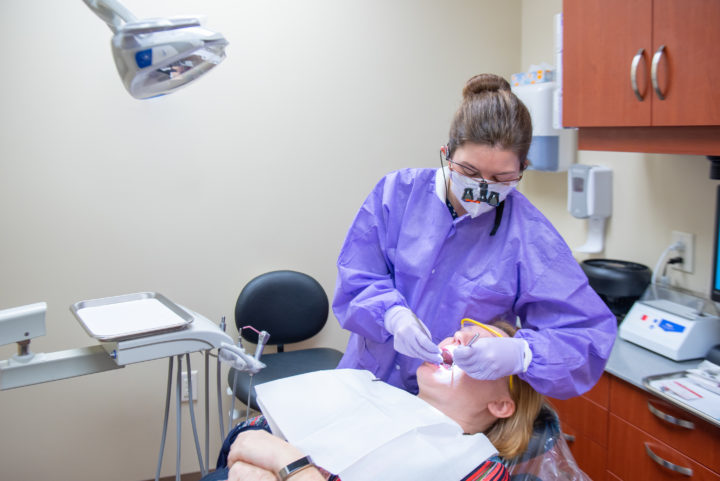 Nature has a tendency to make things appear in pairs. Think about it, the animals on Noah’s Ark marched in two by two, and even Cosmic Brownies come pre-packaged in pairs! That being said, it seems only natural that each of the human body systems should pair with another system to mirror the effects of the other, right? A few years ago, researchers indulged in a journey to pair the cardiovascular system to the oral cavity, and their results were surprising. In this article, we will explore and explain the studies and their results, and we will see if nature has, once again, had its way and paired heart disease and periodontal disease.

To begin with, let’s take a look at what most people are unfamiliar with; periodontal disease. Periodontal disease is simply described the disease of surrounding tissues of the teeth, and is characterized by bone loss around teeth, receding gingiva, and mobile teeth.  Risk factors include a history of smoking (either traditional cigarettes, e-cigarettes, or marijuana), old age, dietary habits, and oral hygiene. We typically think of two major types of bacteria as being the initiating agents of periodontal disease, A. actinomycetemcomitans (A.a. for short,), and P. Gingivalis. The treatment for periodontal disease may include scaling and root planning treatments, medicated mouth wash, and splinting of the teeth. It should be noted, once you develop periodontal disease, there is no way to reverse the characteristics of it, other than to extract the tooth.

Let’s consider what you are likely more familiar with, which is cardiovascular disease. Any medical doctor will tell you, cardiovascular disease, a disease of the heart and components of the heart system, have similar risk factors to periodontal disease, including smoking, age, diet, and socioeconomic status. What is missing from this list of causative agents, you ask? The list seems to be missing oral hygiene. Although A.a. can be found in the oral cavity and in plaques inducing heart disease, P. Gingivalis, is nearly exclusively found in the mouth.

Now that you are acquainted with the basics of both periodontal disease and cardiovascular disease, it should be no surprise that the conclusion from the American Dental Association and American Medical Association is stating that treatment for gum disease in order to prevent heart disease is not only unwarranted, but over-treatment. The initiation of treatment for gum disease should be based solely on the diagnosis of periodontitis in an individual person.

Researchers are attempting to link other diseases of organ systems to your oral health status. Certain manifestations of diseases in seemingly distant parts of the body can present themselves in the mouth. For example, the Academy of Periodontology has stated patient with diagnosed osteoporosis of the extremities, meaning legs and arms, can also have bone density loss in the jaw, which leads to mobile teeth. Consequently, medications to control a disease of a specific body system may cause side effects directly affecting your oral cavity, such as, but not limited to, burning tongue and dry mouth.

It appears that with heart disease and periodontal disease, evidence is lacking to successfully and definitely pair the two diseases. That being said, the points both dentists and cardiologists drive home, meaning, smoking cessation and decreasing intake of sugar and carbohydrates are the keys to prevention and maintenance of both periodontal disease and cardiac disease. It is never a bad idea to get your teeth cleaned, but please don’t expect your hygienist to hook you up to an EKG at your next dental appointment!