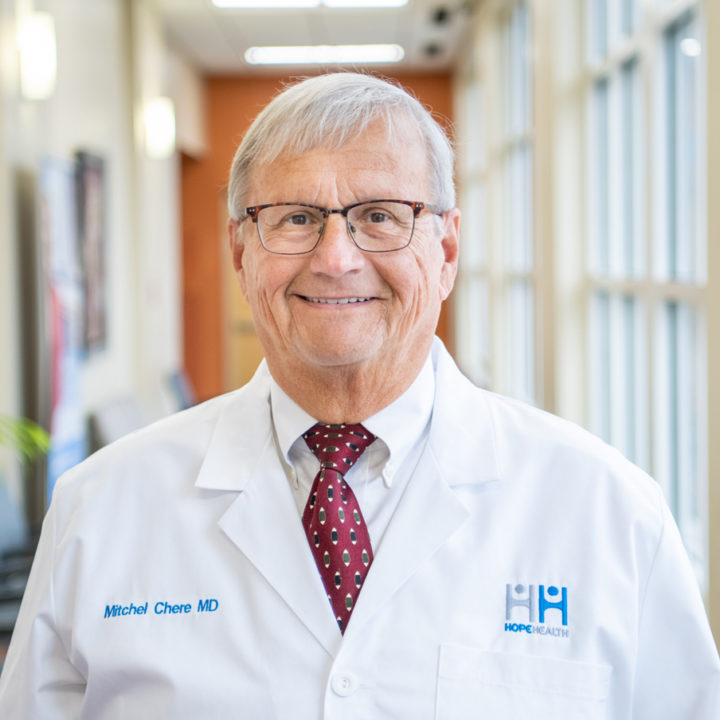 He earned a Bachelor of Science from the United States Merchant Marine Academy. After graduating, Dr. Chere was commissioned a lieutenant in the US Naval Reserve and holds a Chief Mate’s license in the US Merchant Marine. After completing his obligation to serve, he went to medical school at the University Autonoma of Guadalajara where he graduated first in his class and completed his residency in OB/GYN at University of Connecticut. He began his OB/GYN practice in which, over the next 35 years, he delivered more than 7,000 babies and was a leader in the state of Connecticut in advanced operative laparoscopy. He later established and directed an advanced GYN surgical rotation for the OB/GYN residency program at UCONN and served as an associate clinical professor for 35 years. He became president of the PHO for his hospital with 400 physicians and was the director of quality and utilization management. His biggest financial contribution for the hospital was a presentation of quality and utilization management strategy in the new managed care environment, which resulted in Standard & Poors increasing the hospital’s bond rating by two levels.

Fluent in English and Spanish, Dr. Chere is a member of the American College of Physician Executives, the National Association of Managed Care Physicians, American College of OB/GYN, and the Association of Advanced Operative Laparoscopy. He is certified by the American Board of OB/GYN, the American Institute of Ultrasound, and is also certified in advanced operative laparoscopy. He is the recipient of numerous awards, including Top Doc in Connecticut (2002-2019) as selected by his peers. He is listed in the publication “Top Doctors in America.” Dr. Chere spent 6 weeks in the minors, was a three-sport varsity athlete (baseball, football, and basketball) in college, and has a lifelong commitment to coaching and youth athletics.